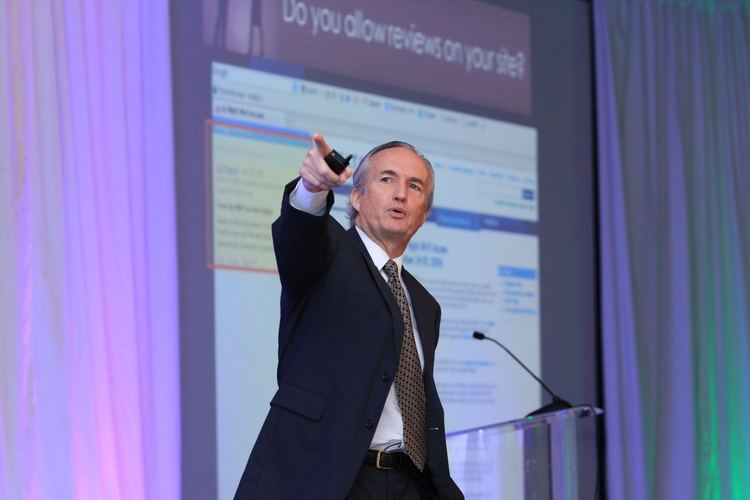 Don Peppers’ work routinely examines the business issues that today’s global enterprises are grappling with while trying to maintain a competitive edge in their marketplace. In 2016, he released his 11th book, Customer Experience: What, How and Why Now, a collection of bite-sized essays offering insights and “how to” recommendations on building and maintaining a customer-centric business. It uses real world examples to cover not just the central issue of customer experience, but also corporate culture, strategy, technology, and data analytics.

With business partner Dr. Martha Rogers, Peppers has produced a legacy of international best-sellers that collectively sold well over a million copies in 18 languages. Their first book, The One to One Future (Doubleday, 1993), was called by Inc. Magazine’s editor-in-chief “one of the two or three most important business books ever written,” while Business Week said it was the “bible of the customer strategy revolution.” As a testament to this, Don Peppers and Martha Rogers were inducted into the Direct Marketing Association Hall of Fame in 2013.

Peppers’ and Rogers’ ninth book together is Extreme Trust: Turning Proactive Honesty and Flawless Execution into Long-Term Profits (Penguin, 2016). And in 2017, Wiley Publishers released the third edition of their graduate school textbook, Managing Customer Experience and Relationships: A Strategic Perspective, originally published in 2003.

With over 300,000 followers for his regular postings of original content on LinkedIn, Don has been listed numerous times on LinkedIn as one of the Top 10 Marketing Influencers. In 2015, Satmetrix listed Don and Martha Rogers #1 on their list of the Top 25 most influential customer experience leaders. The Times of London included Don on its list of the “Top 50 Business Brains,” and Accenture’s Institute for Strategic Change listed Don as one of the 50 “most important living business thinkers” in the world.

Prior to founding CX Speakers and Peppers & Rogers Group, Don served as the CEO of a top-20 direct marketing agency (Perkins/Butler Direct Marketing, a division of Chiat/Day), and his 1995 book, Life’s a Pitch: Then You Buy (1995), chronicles his exploits as a celebrated business rainmaker in the advertising industry. Before his career on Madison Avenue he worked as an economist in the oil industry and as the director of accounting for a regional airline. He holds a B.S. in astronautical engineering from the U.S. Air Force Academy and a Master’s in Public Affairs from Princeton University’s Woodrow Wilson School. He is a competitive runner and happily married father of five.